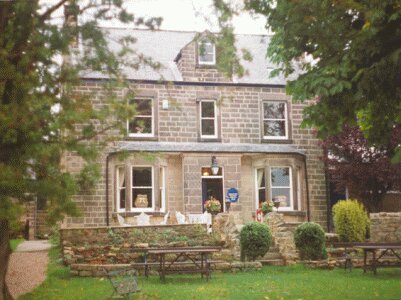 When you emerge onto Temperance Hill turn left and at the bottom you will find Oldfield House, which for a while was known as The New Napoleon public house. The New Napoleon had been in the Fox family since the coming of the reservoir until it was taken over by Mr T and Mrs J Howard in 1993.

Prior to the flooding of the valley to create Ogston Reservoir the Napoleon’s Home Inn had been in the Fox family for 300 years. It was a relation of the Fox family, Mr George Eliott, who went to France during the Napoleonic Wars, who nicknamed his two sons Napoleon and Nelson. When his son Mark, whose nickname was Napoleon, inherited the inn he painted a sign for it bearing the inscription “Napoleon’s Home” and sent it to the inn. Although Mark died before he could take possession of his inheritance the inn retained the name he had given it. Before it was renamed, the inn was called the Traveller’s Rest.

The inn originally stood further down the B6014 road, on the opposite side, at the edge of Ogston reservoir (nearly opposite Napoleon cottage). When the valley was flooded in 1958 the inn was relocated to the bottom of Temperance Hill.