On Thursday 10th March 2016 the year 5 and 6 children went to Tupton Hall for the afternoon to participate in the ‘Rugby Megafest’. The children participated in 8 different skills based events including: rugby rounders, catch the tag and rugby scarecrow. 16 different schools were at the event and although it was fun, skills based and non competitive, there was a winner. 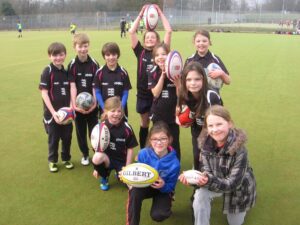 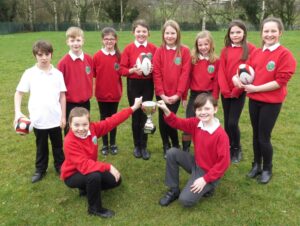 Unbeknown to the schools the leaders running each event were marking the schools out of 10 for there engagement, sportsmanship, effort and ability. Once all 8 stations had been completed the schools were given an overall mark out of 80 and Stretton Handley received the highest mark making us champions of the Rugby Megafest!

The children had a fantastic time and now have a big trophy on display at the entrance of our school. Well done to all the year 5 and 6 children that took part.