What was it like to live in fear of Doodlebugs? 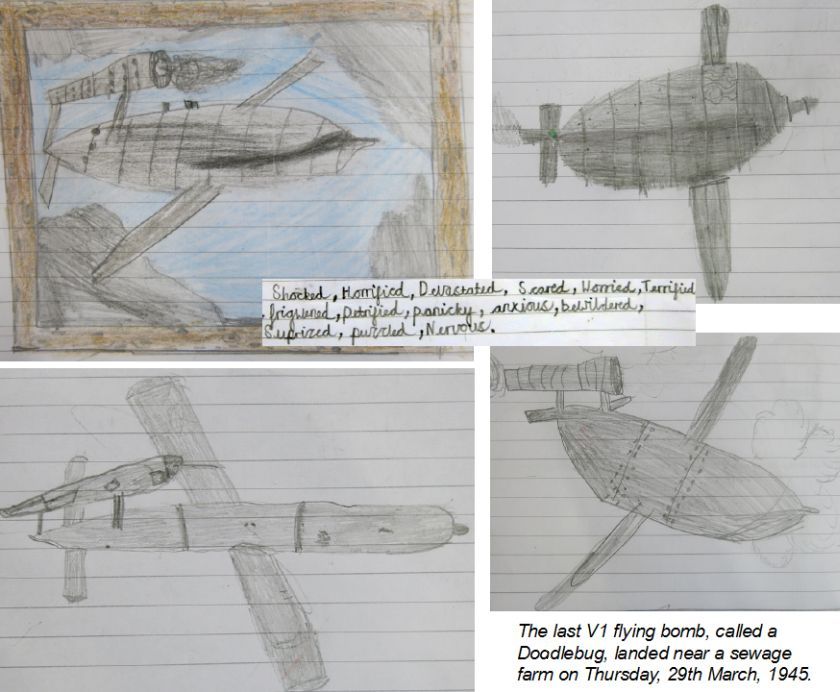 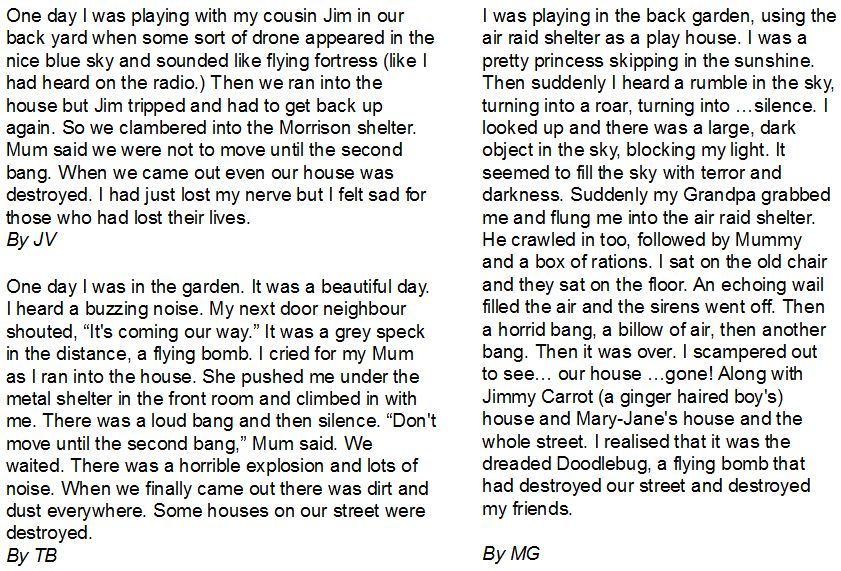 The children have designed their own Anderson shelters 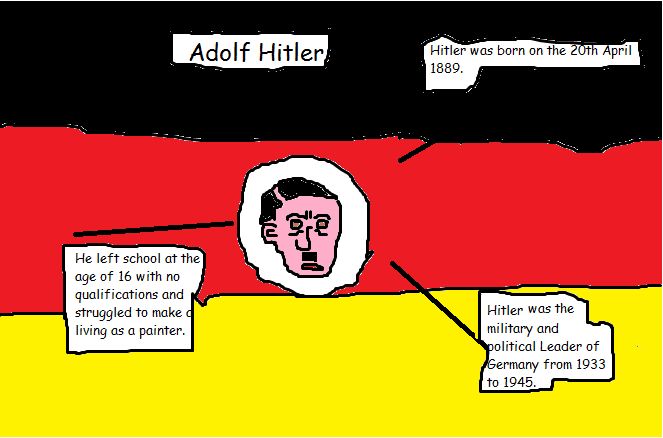 Class 2 have looked at how propaganda posters were used during
World War II. Here are some that the children have designed.

Mindmap – what we know, Class 2


Our resident Year 4 WWII aircraft expert
shares his knowledge with Year 5 and 6.

KS2 children enjoyed a great day at Whirlow Farm taking part in WW2 workshops as part of their ‘Keep Calm and Carry On’ topic, learning about life on the home front. They dressed up in 1940s clothing to be evacuated for the day and took their war time packed lunch in paper bags.

The children used a hand pump to extinguish a potato incendiary bomb and took shelter when the air raid siren sounded. The farmer’s wife took them on a tour of a WW2 kitchen. In groups they kneaded dough for home made bread and set out the china for the visiting vicar, as well as having a go at some ‘make do and mend’ activities like knitting and rag rug making. It was very funny watching children peel vegetables and loading scraps into the metal pail for feeding the pigs.  Martha , the ‘land girl’ took the children on a tour of the farm. They had a go at ‘digging for Victory’ in the vegetable patch and had a look at how the farm land was used during the war.